Why You Should Never Vote Angry 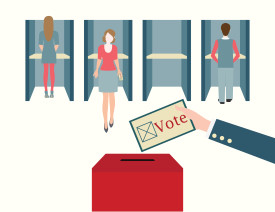 You’re probably familiar with the adage, “The secret to a happy marriage is to never go to bed angry.” I’ve been thinking about this a lot while watching election coverage. I hear reporters say repeatedly that voters are voting out of anger. This has made me think about the election not just as someone who votes, but also as an anger management therapist in Santa Monica.

Since I’ve spent my career treating people who let anger rule their life, I thought I’d weigh in on why voting angry isn’t the best idea.

There are many benefits to anger. When you listen to your anger, you can learn a lot about what’s important to you. Pay attention to which current events make your blood boil because those are the ones that are most important to you. You should focus on these issues when picking a candidate.

Another benefit of anger is that it can give you energy. If you’re angered by the disenfranchisement of a certain group of voters, use that energy to participate in a drive to sign up new voters who have been left out of the process. These positives of anger don’t, however, make me endorse the idea that we should vote angry.