Science Proves That Gratitude Is Key to Well-Being 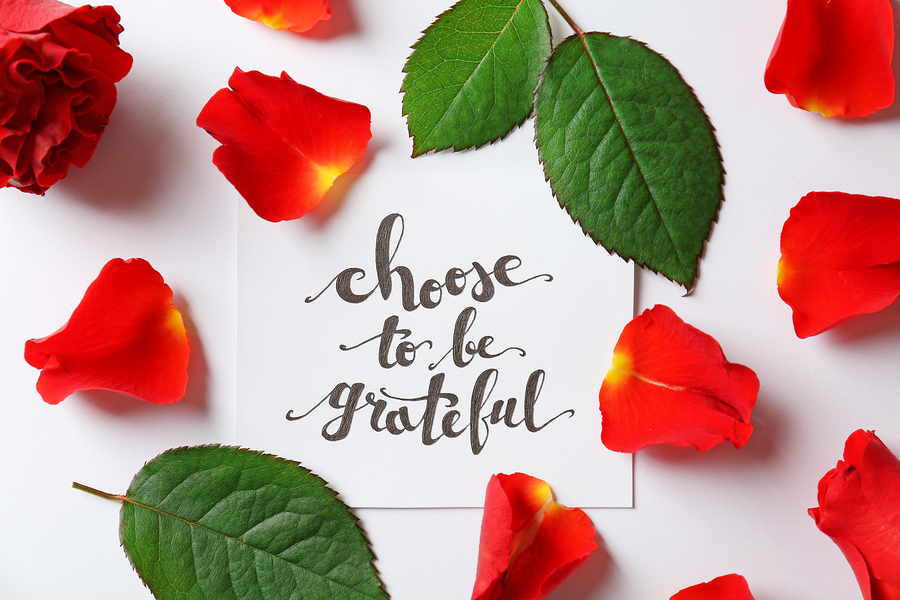 “Building the best life does not require fealty to feelings in the name of authenticity, but rather rebelling against negative impulses and acting right even when we don’t feel like it,” says Arthur C. Brooks, author of Gross National Happiness, in a column in the New York Times. In the article, from 2015, he argues that “acting grateful can actually make you grateful” and uses science to prove it.

The participants didn’t begin the study any more grateful or ungrateful than anyone else, and they didn’t change their lives during the study so that they’d have more to be thankful for. They just turned their outlook to one of gratitude, and they were happier for it.

How does gratitude do this? One way is by stimulating two important regions in our brains: the hypothalamus, which regulates stress, and the ventral tegmental area, which plays a significant role in the brain’s reward system that produces feelings of pleasure.

One 1993 study revealed another way to boost happiness even when you’re not feeling happy. Researchers found that both voluntary and involuntary smiling had the same effect on brain activity. You can convince your brain and body that you’re happy even when you’re not just by forcing yourself to smile. “Acting happy, regardless of feelings, coaxes one’s brain into processing positive emotions,” explains Brooks. In other words, “fake it ‘til you make it” works.

In his column, Brooks suggests adopting three strategies to harness the positive health effects of gratitude. One, practice “interior gratitude.” Keep a daily or weekly list of the things you are grateful for. For example, I might write: I am grateful that I have a job that I love and that through my job as a therapist in Santa Monica I get to help people. Two, practice “exterior gratitude.” Write thank-you notes and put your gratitude to others on paper. For example, you could write a thank-you email to your best friend for supporting you through a bad breakup. And three, “be grateful for useless things.” In other words, express thanks for the everyday stuff you usually overlook such as fresh fruit and air-conditioning.

Are you worried that writing a spontaneous thank-you note to a friend will make them feel awkward? Or that it won’t mean much to them?