How to Stop Feeling Shame 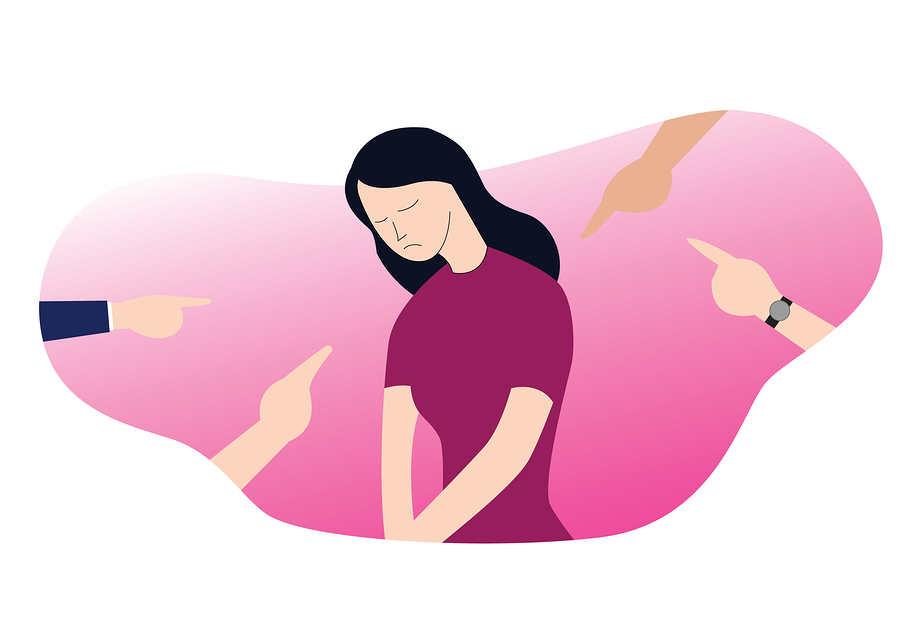 Shame is often confused with embarrassment or guilt. Embarrassment arises when the way we want people to see us isn’t the way they do. We want people to think we’re cool, but then we walk out of the bathroom with toilet paper stuck to our shoe. The feeling usually doesn’t last long. Guilt arises when we think we’ve broken society’s or our own moral code. We feel guilty when we lie. It can last a long time, but we usually know that we’ll feel better when we come clean.

Shame can last a lifetime if we let it. It isn’t caused by a single event, but an amassing of wounds to our self-worth. We feel guilty when we think we’ve done something wrong and embarrassed or humiliated when we’ve erred in public. But we feel shame when we think we are wrong. We may feel powerless to change whatever it is that makes us feel it, which then leads us to feel even more of it. Shame can feel unfixable, also because it binds to all emotions.  So even when we feel good, we can feel shame—like we don’t deserve it!

Shame often has its roots in childhood. Because children can’t separate their feelings from their self-image, when they experience bad feelings and their parents invalidated their emotions, they come to the conclusion that they themselves are bad. Shame can also develop later in life. Comparing ourselves to others is easy now that social media is ubiquitous in our lives, and it can trigger feelings of shame when everyone else appears happy and successful, and we feel neither. But it’s important to keep in mind that most people carefully curate their online image. Staying off social media, or temporarily hiding the people who make us feel bad about ourselves, is the first step in ending shame.

In America, the most common questions we’re asked even in casual social situations are …