How Does Childhood Trauma Affect Us? An Interview With Andrea Brandt 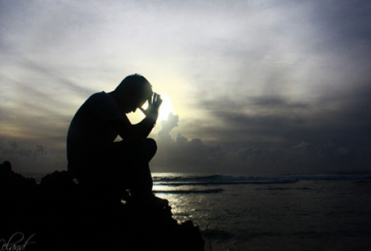 In what ways do children internalize trauma, versus the way someone who experienced trauma as an adult would?

Since children are the center of their own universe, they believe everything that happens around them has to do with them. So if the child grows up around abusive, critical parents, they believe that they are the cause of the abuse and there must be something wrong with them if they are being criticized by their parents. As a child if a parent calls us messy and/ or tells us we don’t know how to take care of our things, we don’t question their judgement.

Adults internalize trauma very much like children. Something happens, perhaps the adult has a car accident and the brain gets impacted, and we experience a fight, flight, freeze response so the prefrontal cortex shuts down and sometimes we become speechless.

If for example the adult experiences a sexual assault, as they grow up they experience a lot of shame and that shame binds with all other feelings about themselves.

Both children and adults Must acknowledge their trauma and work through the feelings on a mind-body level and recognize the invisible demons they’re struggling with. Telling their story is important but it won’t be enough. The child and/ or adult must work through their symptoms, feelings and beliefs using body interventions, breathing and mindfulness and other skills that are available.

What are your thoughts on C-PTSD (complex PTSD) as a diagnosis? Should it be added to the DSM?

Since most trauma occurs during childhood because we think we are the center of the universe (and we are) I believe that it should be a diagnosis in the DSM manual.

When I talk about trauma I’m not just talking about an event that could occur in a loss of some kind; I’m also talking about frequent abuse and neglect. They are all traumas!  Here is an excellent blog which explains PTSD further: What is PTSD and what can we do about it?

Can you talk a bit about the dynamics of families where the abuse has carried over into adulthood? How does this affect someone’s ability to let go of trauma?

I work with a woman in her 50s who grew up in a family where the parents were immigrants and they were very abusive to their children, especially the father. The father would yell and scream and sometimes hit his daughter. He also would use the silent treatment which is devastating to a young child who gets her sense of self from how the world is interacting with her and if dad decides as a punishment to not talk to her, she just feels lost and devastated.

Since the father was an immigrant, he projected all his insecurities, his feelings of adequacy and his shame on his children.

My patient was referred to me from the human resource person at her work. She did a good job; however, her interpersonal skills were very poor. She was very provocative in her conversations, and her anger would slip out at people at work as well.

As children we all want to love and have relationships and closeness with our parents even if that closeness is based on abuse. So for this woman it’s been really difficult for her to let go of the attachment to her father.

Even though the attachment to the father really creates so many problems with her job, her husband and her daughter, it’s still hard for her to work and let go of the feelings.

Her father’s abuse is all she really knows and that has become some level of empowerment for her and the only way she could be attached to him.

Using talk therapy, body interventions, mindfulness, journaling, and other skills to work through her trauma  feelings, we have definitely made lots of progress but she’s got a long way to go even now.

When is anger a positive emotion and how can it help trauma survivors heal?

Anger is a normal healthy emotion and is always positive when it’s expressed in a constructive and productive manner.

There’s a lot of sadness, despair, and fear with trauma survivors but there’s also anger. They’re angry at what happened to them and what they’ve lost. Many of them have lost the resources to stand up for themselves, to reach out for help as examples. So they can use their anger to empower themselves to regain these resources and skills.

Is the cycle of abuse likely to repeat itself when victims of childhood trauma become adults with their own families?

Absolutely the cycle of abuse can repeat itself when victims of childhood trauma grow up and have their own families, especially if the person hasn’t been in therapy to work on their feelings. As I mentioned in the third question about the dynamics of the family… that the woman I am working with is married with a child, and though she doesn’t hit the child or give the child the silent treatment, she does communicate in other ways that are very abusive and hurtful to the child and the husband.

Is there a marked difference in the effects of a single traumatizing event versus ongoing abuse?

A single traumatizing event would be easier to deal with. Even though it might be devastating and severely traumatizing like a rape or seeing someone shot, it’s more contained than ongoing abuse which impacts the person’s early physiological and emotional core development and causes rippling effects for years.

Aside from struggling with expressing emotions, do survivors of trauma lose a sense of their identity?

The false self is a very clever coping mechanism; however, the price that people pay is also very high. Because you do lose your sense of identity. More  than anything we all want to love our parents and be loved by them. And we learn early on what feelings, parts of ourselves that our parents like and will approve of and which ones they won’t. Since we will do almost anything to get their love and approval, when we sense that we’re not going to, we get rid of a piece of ourselves: a feeling, a belief so that it’s no longer a part of us.

And sometimes we don’t even know when you are operating from a false self until many years into adulthood when something happens that makes us aware that this isn’t who we are, how we feel or what we believe because the false self is so much a part of ourselves.

Is it possible to fully heal from childhood trauma?

Since trauma by definition is both unbearable and intolerable, I don’t know that we can fully heal from trauma. I do know we can reverse the damage that the trauma caused. Researchers and psychiatrists have introduced us to the impact on our brain and our soul that trauma creates. So by our own natural neuroplasticity we can help survivors feel fully alive in the present and move on with their lives and we also need to help them reconnect with others by talking to them and allowing them to know and understand what was going on with them, while processing the memories of their trauma; we can use body interventions to help the survivor deeply and viscerally contradict their helplessness, anger or the collapse that was the result from the trauma; and of course some doctors will prescribe meds as well.

These processes can all be very healing.