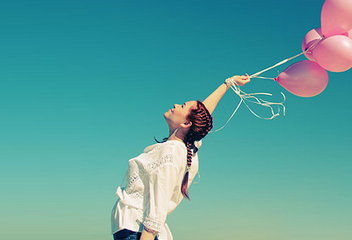 Many of us learned in high school biology class that genetic traits are passed down to us from our parents. We were taught that we have brown, blue, or green eyes because a parent did, we’re thin or fat because a parent was, and so on. Recent research expands this idea in a way that would have seemed inconceivable a few decades ago. We know the traits we pass down to our children can not only change based on our life experience. But we also know we can continue to alter our children’s pattern of genetic activity after they’re born. This area of genetics research is called epigenetics. It’s the study of alterations in gene function caused by changes in gene expression rather than in the genetic code.

This could all seem a bit disheartening to those of us dealing with anxiety, depression, anger issues, or other mental health concerns. If we’re depressed because of our parents’ experiences or how they treated us when we were babies, what hope is there for us? But if we couple epigenetics with research into cognitive behavioral therapy and neuroplasticity (the brain’s ability to form new neurons and glial cells and forge new connections), we have reason to be hopeful.

In 2010, scientists at the University of Copenhagen fed male rats a diet high in fat and then watched as their offspring gained more weight than the babies of rats fed a regular diet. If traditional theories about genetics had been true, the diet of a rat’s parent shouldn’t have affected the weight of their offspring. The old thinking about genetics—that either you’re born with a gene that predisposes you to obesity or you’re not, and nothing you do in your life changes what gene you pass onto your children—is, according to studies like the Copenhagen one, incorrect.

To discover how gene alteration in rats occurs, scientists studied their sperm. “The genes in sperm cells are regulated by swarms of molecules, so-called epigenetic factors. These molecules can respond to environmental influences by silencing some genes and activating others as needed” (Zimmer, 2015). The research suggests the male rats were handing down epigenetic factors to their offspring.