3 Ways Mindfulness Can Help Us as We Age 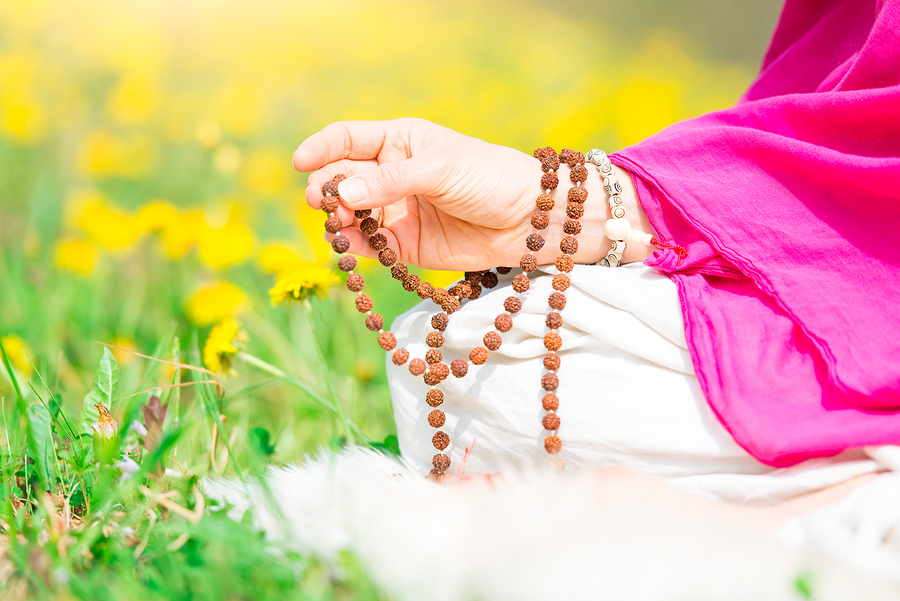 Living mindfully means living in a state of awareness. You savor every flavor, admire every sunset, cherish every moment with loved ones—always grounded in the moment instead of worrying about the past or stressing about the future. When you’re mindful, you don’t let life pass you by; you experience all of it. Is there a better way of living than that, especially in your later years? Mindfulness can help us.

To teach people in therapy about mindfulness, I use the example of eating an orange. I tell them to eat an orange slowly, to pay attention to the way the fruit feels in their hand as they peel it. I ask them to focus on the way it smells, and then, finally, on the way it tastes as they eat one segment at a time. It sounds easy, right? The hard part is that for those few minutes, the only thing you do is eat the orange. You don’t also check your email or Twitter or watch TV; you just peel and eat a piece of fruit. It surprises people how much better food tastes, and how much more they appreciate it, when they eat like this. That’s what mindfulness is.

There is an unlimited number of things you can do mindfully, but for now, I’d like to focus on just three that can help you immensely as you age: feeding your body, your brain, and your soul.

You know the adage “you are what you eat”? In a way, it’s true. What you eat can affect not only your mood and your stress levels, but also your longevity. No amount of kale will cure cancer and eating quinoa won’t let you live forever, but what you put in your body can increase, or decrease, your quality of life and life span.

One diet you might want to pay particular attention to is Blue Zones. The diet is based on a study done of communities with the highest percentage of centenarians (people who live over 100 years). They discovered many similarities between the diets, and lifestyles, of the people living in these locales. According to the findings, to eat like a so-called “superager,” 95% of your calorie intake should come from fruits, vegetables, grains, and beans. Small portions of meat (the size of a deck of cards) are okay a few times a month, and fish and seafood are okay up to three times a week. Finally, sugary and salty treats are replaced with nuts.

Another thing these Blue Zone communities have in common is a healthy lifestyle. People who live a long time incorporate exercise seamlessly into their days, they take part in meaningful activities, and they live, in general, slower-paced and less stressful lives. While it may not be possible to eliminate stress from your life, you may be able to do the other things. Walk or bike to get around as much as possible, volunteer at a local organization, and spend time with loved ones.

What good is a long life if your brain has turned to mush by the end of it? The notion old age means inevitable cognitive decline isn’t based on science. We can see that clearly in one fascinating study done in the 1980s by the epidemiologist David Snowdon of nuns at the School Sisters of Notre Dame. He followed the lives of 600 nuns who made a habit of engaging in mental challenges such as quizzes, puzzles, and debates. He performed routine cognitive tests on them and studied their brains after they died. What he found was astonishing.

What good is a long life if your brain has turned to mush by the end of it? The notion old age means inevitable cognitive decline isn’t based on science.

In total, researchers found 15 sisters suffered Alzheimer’s damage in their brains, but showed no symptoms during their lifetimes. Snowdon theorized that all the mental activity they put their brain though had helped them find a way to overcome the genetic hands they’d been dealt.

Now, I’m not recommending you become a nun, but doing a crossword puzzle with breakfast (of fruit, nuts, and grains) every morning could go a long way to helping you live a long and healthy life.

Spirituality can mean different things to different people. For some, it means organized religion and regularly attending a church, temple, or mosque. For others, it’s based on science and means feeling a connection to the universe. “We’re made of star stuff,” as the astrophysicist Carl Sagan said. Spirituality can help you feel less alone—and what’s less alone than being connected to every atom in the universe?

Extensive studies have shown a connection between spirituality and good health and longevity. Research has shown that feeding your soul (whatever “soul” means to you) can promote well-being in older age. A 2010 study by Helen Lavretsky provided a broad review of research on the topic. Evidence shows a connection between spirituality and coping or adaptation skills among older people. Researchers argue that changes to one’s nervous system promoted by prayer, religious rituals, or meditation (all mindfulness practices) are associated with decreases in heart rate, blood pressure, and respiration rate.

For more ideas about how to live mindfully, meet with a therapist who uses mindfulness-based interventions.